Why parking your car for free is actually expensive 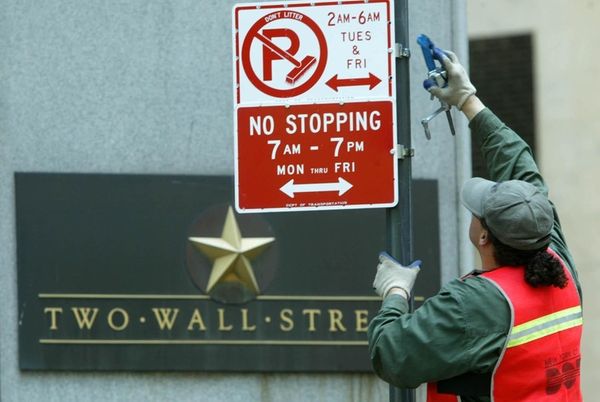 In “Tepper Isn’t Going Out,” Calvin Trillin’s novel of parking in New York City, Murray Tepper pays for a space in a garage near his apartment on the Upper West Side and rides the subway to work. But he can’t resist venturing out on evenings and weekends to take advantage of the amazing parking bargains that New York’s streets offer. Then he just sits there in his Chevy Malibu and reads the New York Post before taking the car back to the garage.

Really, who can blame him? Metered parking in New York has gotten more expensive since Trillin’s book was released in 2001, but it still maxes out at $3.50 an hour in Manhattan, much cheaper than a lot or garage.

Meanwhile, the vast majority of the city’s streets don’t have meters, and New York doesn’t restrict parking to residents. Anyone from anywhere can drive up next to some of the world’s most expensive real estate and park for free until the next street cleaning. If they can find a space, that is — and Murray Tepper happens to be especially good at that.

As a plot device, this is surprisingly effective. As public policy, though, free parking is terrible. It amounts to, among other things, a huge subsidy for drivers, who get to store their vehicles on public land at no charge. It’s also an absurdly inefficient way to allocate a scarce resource.

Finding street parking in Manhattan and the more crowded parts of New York City’s other boroughs is so notoriously difficult precisely because most of the spaces are free. And while density is lower and parking rules are different in other U.S. cities, the underpricing of parking is near-universal.

When it comes to allocating space for automobiles, this nation has long pursued a remarkably collectivist, anti-free-market approach.

There are signs that this might be changing, a little. Rebecca Beitsch of the Pew Charitable Trusts’ Stateline news service reports that cities nationwide are contemplating parking rates of up to $8 an hour on busy streets:

Cities are also beginning to back away from parking minimums, rules that force developers to include a certain number of parking spaces with any new building. Urbanist nonprofit Strong Towns recently produced a crowdsourced map detailing dozens of local-government moves in this direction, while Eric Jaffe of the Atlantic’s CityLab has a quick explanation of why the minimums are harmful.

So maybe this is the beginning of a big societal shift toward a more market-oriented approach. The intellectual groundwork has been laid by the likes of Shoup, author of a book called “The High Cost of Free Parking,” and journalist Matthew Yglesias, who has been pushing free markets in parking for years.

If this movement ever starts gaining serious steam, though, it will surely also encounter serious opposition. Market-rate pricing for parking in busy business districts delivers obvious benefits for locals along with costs. Extending the approach to residential neighborhoods is a much dicier proposition, politically speaking.

Most big U.S. cities offer permits that allow locals to park without restriction on residential streets where parking is otherwise limited. The fees tend to be modest — in San Francisco it’s $110 a year; in Chicago $85.97, Washington $35, Los Angeles $34. This is actually an even better deal than New York City’s free-to-all parking, because it means that as a resident you can usually find a space.

If cities were to raise permit prices to reflect the market value of those parking spots, or supplement the permits with meters on residential streets, one can imagine the citizen outrage that would ensue.

That’s partly because it would involve taking something that’s currently free or cheap and charging lots of money for it. People tend not to like that. It is also because, as economist Eren Inci of Istanbul’s Sabanci University explains in the current issue of the Milken Institute Review, free or cheap parking increases nearby property values.

That’s not exactly how Inci puts it — he writes that the costs of free curbside parking “are already capitalized in housing prices and rents,” and concludes that this “produces negative welfare consequences” because people who don’t need parking have to pay more for housing.

For people who already own homes, though, it means those homes are worth more than they would be if parking cost a lot. And in cities with rent control, such as San Francisco, even renters can benefit because cheap parking increases the gap between what they pay and the market value of their dwellings.

As Dartmouth College economist William Fischel has convincingly argued, local-government priorities in the U.S. can be largely explained as the choices of voters trying to protect their property values.

This is a key reason why zoning and other land-use restrictions persist despite evidence that they slow economic growth and increase segregation by income. And it’s why, while it’s pretty clear that parking subsidies — another one is the federal tax benefit for commuter parking — make no economic sense, they’ll surely be with us for a while yet, unless some deus ex machina comes along to change everything.

There may actually be just such a plot twist in the works: the rise of the self-driving car.

Technology journalist Clive Thompson has a big article in the current issue of Mother Jones making the case that robocars will do away with our parking problems by effectively doing away with parking. The idea is that the cars would pick up and drop off passengers all day. Then, when demand goes down late at night, Thompson writes, “They could drive out to a remote parking spot on the outskirts of town.” No human would need to drive, or park.

I’d be all for that. Although I’d feel at least a little sorry for the Murray Teppers of the world.

Justin Fox is a Bloomberg View columnist writing about business.